Dr. Durham has advanced training in the Kazdin Method and teaches parents and mental health professionals this research based method.

Here is a link to Dr. Kazdin’s research program at the Yale Parenting Center: http://yaleparentingcenter.yale.edu/

The Kazdin Method warns that focusing on bad behavior only encourages more of the same.

If your child’s frequent temper tantrums and defiant attitude have you at the end of your rope, the Kazdin Method for Parenting a Defiant Child can help put the reins back in your hands. According to Kazdin’s method, modifying your child’s behavior starts with changing your own.

Dr. Alan Kazdin is a parenting and child behavior expert. He serves as director for the Yale Parenting Center and helps further research in the field at the Child Conduct Clinic. Kazdin earned his doctorate in clinical psychology from Northwestern University and is the former president of the American Psychological Association. Kazdin has published hundreds of articles and more than 40 books about child psychology including, “The Kazdin Method for Parenting the Defiant Child,” which was published in 2009.

All of the advice offered by Kazdin in his book is centered on the following principle: attention given to any kind of behavior will reinforce and therefore increase that behavior. Kazdin points out that many parents unwittingly reinforce bad behavior by giving it too much attention and failing to give good behavior the recognition and attention it deserves. Even though the attention given to bad behavior is often negative — yelling, scolding and punishing — children will typically increase the behavior that elicits the most attention from their parents.

Focus on the Positive

Kazdin advises parents to make a habit of noticing good behavior and showering it with attention. Give your child positive and specific feedback when he engages in behavior you approve of. If, for instance, your child plays nicely with the family dog and you would like to see him do that more often, tell him, “I really like the way you are being so gentle with Fido. Way to go!” and give him a hug or a high five. The more you focus on your child’s positive behavior, the more likely your child is to engage in that desired behavior, Kazdin believes. Give praise enthusiastically and be as specific as possible about which behavior you are praising.

Limit Attention to the Negative

While ignoring misbehavior is extremely challenging for parents, it also happens to be a vital part of modifying unwanted behaviors in children. Obviously not all bad behavior can be ignored. If your child is engaging in behavior that is extreme or dangerous, it must be immediately stopped and addressed. When it comes to minor misbehavior, though, withholding attention is the most effective way to discourage your child from repeating that behavior, Kazdin believes. Whenever possible, ignore minor misbehavior and wait patiently for an opportunity to highlight positive, more desirable behavior.

Telling your child to stop doing something might let him know what you don’t want from him, but it does nothing to teach him which behaviors are acceptable. Kazdin advises parents to look for the positive opposite of each bad behavior and praise it. For example, if you don’t want your child to leave his toys all over the floor, tell him what you would like him to do with the toys. Replace the negatives such as “Don’t leave your toys all over the place” with a positive opposite such as “Please put your toys into the toy box when you are done playing with them.” Giving your child an alternative to bad behavior helps you keep the emphasis on the positive where it belongs. 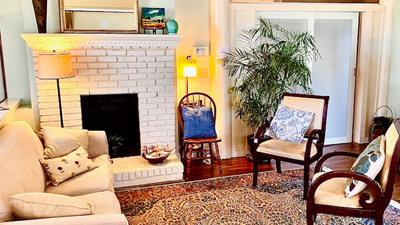